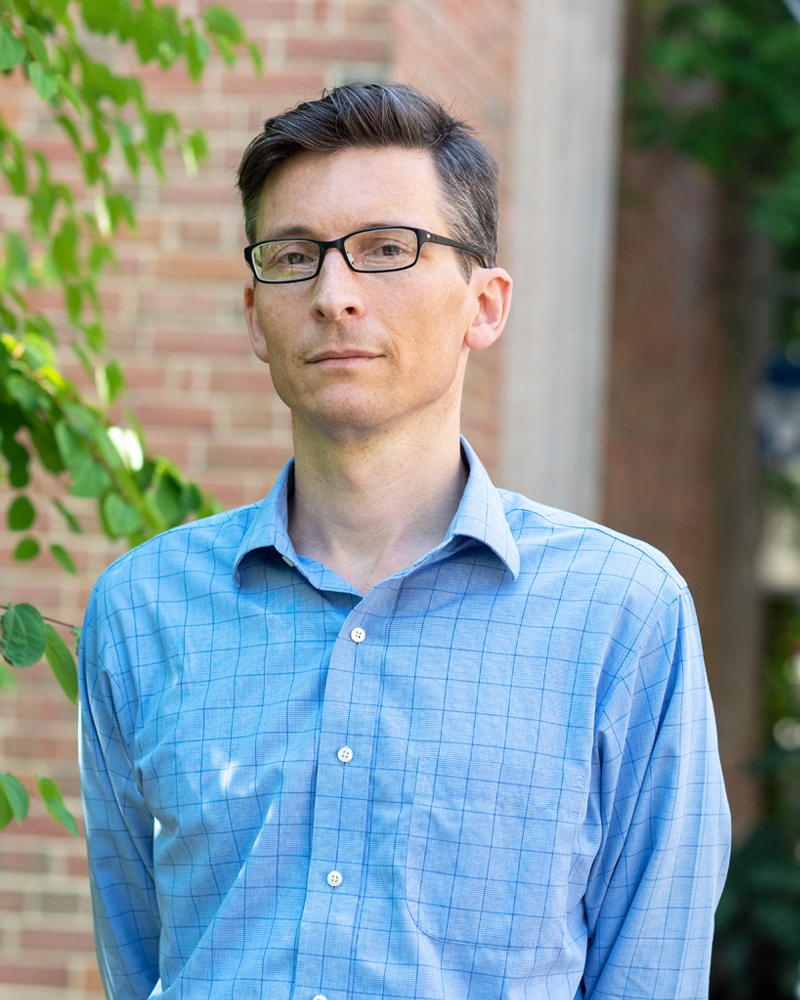 The Bourg group is working to better understand the initial stages of nucleation and growth of secondary organic aerosol particles. Atomistic-level simulations reveal a strong affinity of organic molecules for the water-air interface and a previously unknown transition between two highly distinct structures during the initial stages of nano-aerosol particle growth. These particles, which spontaneously form in the atmosphere through clustering of water, natural or anthropogenic semivolatile organics, and ions, are key unknowns in extant climate model predictions. Since the formation of these particles can be enhanced by land-use changes, their impact on climate must be considered in carbon mitigation strategies that modify carbon and water dynamics at the land-atmosphere interface.

Aerosol particles are the second largest anthropogenic contributors to global radiative forcing, on par with methane. They are the largest source of uncertainty in current estimates of this forcing and one of the largest sources of uncertainty in climate model predictions (Figure 4.1). A key cause of this uncertainty is our limited ability to predict the nucleation and growth of secondary organic aerosol particles. In short, how do water vapor molecules, semi-volatile organic molecules, and ions present in the atmosphere spontaneously cluster into nano-aerosol particles, and how do these nano-droplets eventually grow into cloud droplets?

As a new effort within CMI, the Bourg group has been using all-atom molecular dynamics simulations of nano-aerosol particles carried out on U.S. Department of Energy supercomputers to re-examine fundamental theories of the microphysics of these particles. In 2021, this research was focused on two major tasks: (1) examining the properties of nano-scale droplets containing water, a natural semi-volatile organic compound (pimelic acid), and ions (NaCl) as a function of droplet size and composition (Li and Bourg, in preparation); and (2) examining the affinity of a wide range of organic molecules (a suite of 80 different natural and anthropogenic compounds) at the water-air interface (Lemay et al., in preparation).

Preliminary results show that natural and anthropogenic semi-volatile organic compounds, which play key roles in the formation of nano-aerosol droplets, accumulate strongly at the water-air interfaces in droplets larger than ~2 nm (approximately 500 water molecules). This finding contradicts extant models of aerosol chemistry used in air quality and climate modeling, where organic molecules are assumed to be predominantly dissolved within the aqueous core of aerosol droplets. These results also reveal that nano-aerosols smaller than ~2 nm form a highly distinct structure with a water-coated organic core, versus an organic-coated water core for larger droplets (Figure 4.2). This unexpected transition may hold a key to predicting the initial stages of nano-aerosol droplet growth and to reducing uncertainties associated with these particles in air quality and climate models.

Li, X., and I.C. Bourg, 2022. Structure, dynamics, and energetics of liquid water in nano-aerosol droplets. Proceedings of the National Academy of Sciences, in preparation.