The Carbon Mitigation Initiative (CMI) at Princeton University is a university-industry partnership sponsored by BP that began in 2000. Both parties are committed to a rigorous research initiative to address the ever-increasing challenges associated with the climate problem. This past November BP renewed CMI’s contract for an additional 5 years, carrying the program forward through 2020.

In addition, in November 2014 the administering entity for CMI, the Princeton Environmental Institute, underwent a leadership transition. François Morel, the Albert G. Blanke, Jr. Professor of Geosciences and a CMI principal investigator (PI), became the Institute’s new director for a second term, having presided over the early years of CMI during his first term (1998 to 2005). Morel succeeded CMI co-director Stephen Pacala, the Frederick D. Petrie Professor of Ecology and Evolutionary Biology, who completed a nine-year term as director (2005 to 2014).

The research hallmark of CMI is connectivity across science, technology and policy to offer an integrated assessment of earth-systems science, carbon mitigation options, and societal responses. A major component of the next five years is a concerted effort to enhance integration and outreach and to provide sound information about climate science that will enable effective public policy discussion.

The CMI program currently includes approximately 20 lead faculty and over 70 research staff and students at Princeton. During the latest renewal process, CMI was restructured to form three research work groups: Science, Technology, and Integration and Outreach. 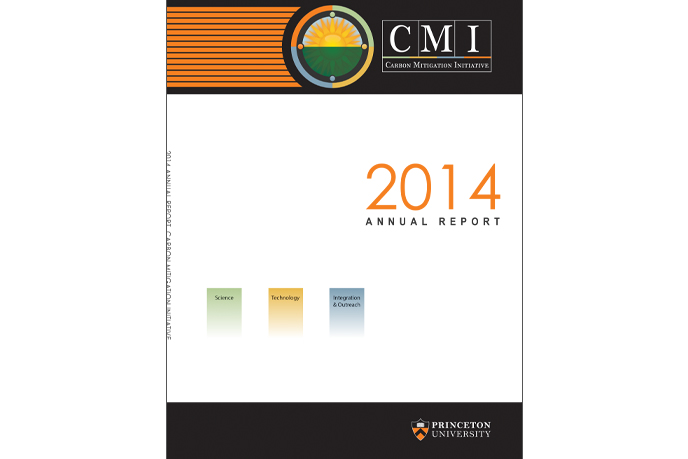